That’s my first tip for you: Follow the “pizza rule” for brainstorming. If you’re unfamiliar with the “pizza rule,” it’s the idea that if you have more people in a room than you could feed with a pizza, there are too many people in that room to hold a productive meeting.

The same rule goes for a brainstorming session: If you’ve got a dozen people sitting around a table, expect a really long list of truly mediocre ideas.

So, what else can you do other than bribe a group of two to six people with pizza to unearth good ideas? So glad you asked.

12 Team Brainstorming Techniques for Getting to Good Ideas

1) Invite a diverse group of people.

If your team works on all of the same projects together, goes to team meetings together, sits next to each other in the office, and hangs out in the same group chats all day … well, needless to say, the ideas will likely start to get pretty homogenous.

Instead, invite new people from other teams to your brainstorms — people with different skill sets and experiences to help get you out of your rut and see things in a new way. It’ll give you that great mix of new perspectives and contextual knowledge that’ll help you land on ideas that are both original and doable.

Nicole Steinbok advocates this technique, and it’s one I’ve used with positive results. (I usually round up to 30 minutes, but what’s a few minutes among friends?) It works particularly well for people like myself that thrive under the threat of a deadline.

In my experience, having a limited amount of time to brainstorm only works if all participants are actually ready for the meeting. (More on that in a minute.) But two other tenets Steinbok harps on are a no-laptop rule, and a no off-topic-banter rule. While some might disagree with the latter, I have found that aggressive time constraints help keep people on task and delivering their best ideas as a result.

3) Provide context and goals well before the meeting.

“Well before the meeting” doesn’t mean that morning. Offer any pertinent information at least two business days in advance so people have a fighting chance at actually being prepared for the brainstorm.

In addition to providing any reading materials or contextual information that help set up the reason for the brainstorm (and explicitly asking that they read it, too), describe what the ideal outcome of the meeting looks like. This will help people come into the meeting understanding the scope of what you’re all trying to do. I think you’ll find this helps you avoid wasting time catching everyone up so you can get to the brainstorm right away.

If necessary, run your meeting like Amazon’s Jeff Bezos, and dedicate 30 minutes specifically to quietly reading in a group to bring everyone together — especially if they won’t have time to read before the meeting.

4) Ask people to come prepared with some ideas.

Often, great ideas don’t show themselves when you ask them to. They pop up on the train, in the shower, while you’re watching TV … basically any time you’re not actually trying to come up with the idea.

This is one reason why it’s good to provide a few days of lead-time before your meeting, but it’s also why you might want to explicitly ask people to think of some ideas beforehand. With this approach, you might find that you start the meeting off with pretty strong ideas from the get-go, and the group can add to and modify them to make them even stronger. In fact, this hybrid brainstorming approach was found to be more effective in a University of Pennsylvania study.

Frankly, I’ve also found that when everyone comes in cold turkey, the brainstorm often ends with a long list of very uninspired ideas. At the very least, whoever runs the brainstorm should come with a few ideas to kick off the brainstorm and give an indication of what a good idea looks like.

It might be brainstorm heresy to recommend people squash bad ideas, but I’ve seen one too many brainstorms go astray because people are too scared to say “no.” This is particularly important if you’re trying to run a quick brainstorm session.

Yes, there’s a fine line: Squashing bad ideas could lead people to fear speaking up, missing out on good ideas as a result. But if you’re giving every idea equal due regardless of merit, then you get off-track real fast and end up down a bad idea rabbit hole.

6) Foster an environment where bad ideas are okay.

Yes, you should call out bad ideas. But you should also make it okay that people had them. Call out your own ideas, in fact. If people can speak freely, but not feel stupid for doing so, you’ll get more ideas out — which makes it more likely you’ll land on a good one.

If you have every resource and opportunity in the world, creativity will naturally stifle. Lay out the constraints you’re working within in terms of goals and resources for executing any idea you come up with. Then, try to see those as opportunities for creativity instead of roadblocks that make it impossible to come up with a good idea.

Anyone in sales already knows: Silence is power. In a brainstorm, silences are times when people get thinking done — either about their own ideas, or how to build on the last idea that came up.

And hey, it might also encourage more people to speak up with an idea, just out of their hatred of uncomfortable silences.

9) Lean into failure … outside of the brainstorm.

If you have a team where taking smart risks — regardless of outcome — is rewarded, people will have a better sense of what ideas are worth pursuing and what’s worth passing on. Because, you know, they do it a lot and get a second sense for these things.

If experimentation is a part of your team culture, that’ll manifest itself in better ideas than if your team is stuck in stasis. You’ll have better brainstorms where creative and smart, yet risky ideas come out.

10) Be prepared to ditch the meeting altogether.

For example, we often resort to Google Docs or Slack for brainstorms when curating blog post or title ideas across a large group of people. There’s really no need to pull everyone away from their work to participate in a brainstorm like that — and the benefit is that people can participate on their own time, when they’re ready and eager to contribute ideas, not when the meeting happens to occur.

11) Provide a place for anonymous submissions.

For some people, the “right” format might be an anonymous submission. Provide a place for anonymous idea submission both before and after the meeting. People might have some ideas that they’re reticent to bring up in front of the group. It’d be a shame to miss out on those ideas due to shyness, discomfort, or simply a preference for writing out ideas instead of speaking about them. This is easy to set up through a Google form.

12) Be prepared to pursue absolutely nothing that came out of that brainstorm.

Don’t feel like you have to choose and pursue an idea just because you had a brainstorm. If the brainstorm didn’t yield any good ideas, that’s fine. It wasn’t a waste of time. But you will waste your time if you pursue an idea that isn’t worth doing. Moving forward with the lesser of all evils is still … evil.

Instead, do some reflection on your own about why the ideas aren’t ready to see the light of day, and see if any are worth more thought before ditching them. Perhaps you’ll get another group of people in a room to iterate on them — or even the same group once they’ve had some distance from the ideas. Now that ideas have started flowing, you might find a second round of brainstorming yields something even better.

Editor’s Note: This post was originally published in March 2016 and has been updated for accuracy and comprehensiveness. 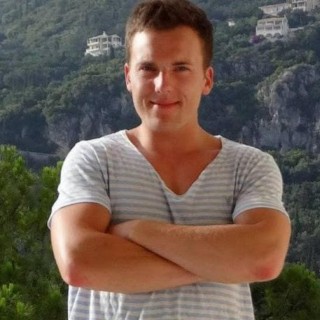 It is crystal clear that marketing your business online is quite different from the other types of marketing. This is mainly because online marketing requires you to grasp a series of concepts, terminologies, technologies and lots of rules before you make a solid start. For those who have not been in the business for quite long, the various advertisements that are available look new and foreign to you on many occasions.

This is a text widget, which allows you to add text or HTML to your sidebar. You can use them to display text, links, images, HTML, or a combination of these. Edit them in the Widget section of the Customizer.
%d bloggers like this: